On Saturday, 25-Feb-2017, all three of the Super Sonic Sparks’ Vex IQ teams competed in the Maryland Vex IQ State Championship at Calvert Hall College. At the end of the day, the middle school boys of 24K were crowned the Teamwork Challenge Champions for 2017 and our elementary school boys of 24P were crowned the runners up. Both of those awards came with invitations to the Vex IQ World Championship to be held in late April 2017 in Louisville, KY.

Not to be outdone, our girls middle school team (24M) posted one of the highest scores in the Programming + Driver Skills Challenge, earning them an invitation to the World Championship, too.

The teams’ mentor, Tim Krispin, had this to say about the Sparks’ success: “It’s hard to describe just how proud I am of the hard work, determination, and persistence our teams have invested this year. They’re smart, work hard, and have great attitudes. I’m thrilled they all get to make the trip to World’s together in April”. 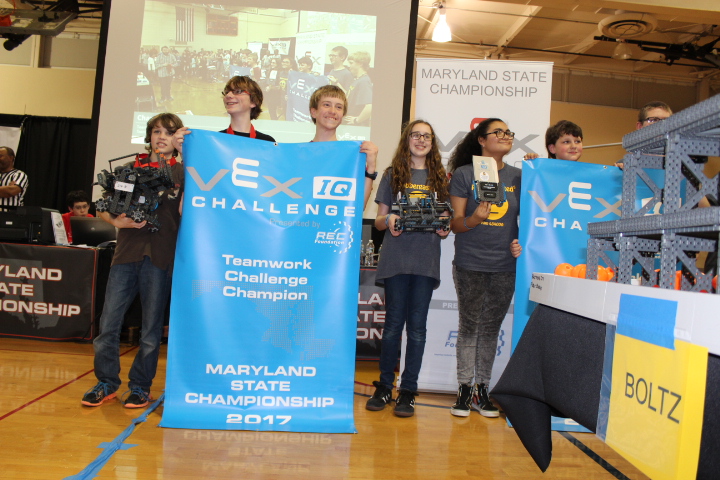 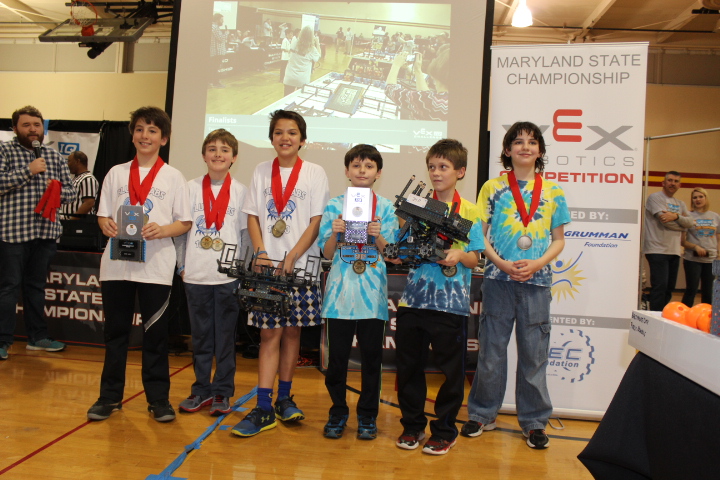 [Team 24P brings home the runners-up trophy with their friends from Team 11260 – The Blue Crabs.  Both are elementary school teams] 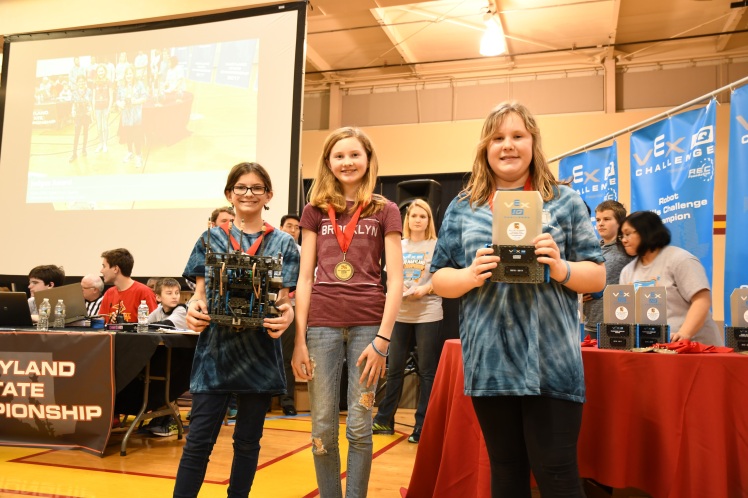 [Team 24M was awarded the Judges’ Award, given by STEM professionals to a team that impressed them in a variety of categories]